Getting Caught With Fake ID

First, let me make it clear making, possessing, or using a fake id is illegal.

That being said have you ever heard someone who has been in jail say it was for getting caught with fake id? The answer is a resounding no!

Now, if you use a fake id to steal a person’s identity, drain out their bank account, and get caught. There is a slim chance you might do a few weeks in the county jail.

Over the years I have spoken to countless people who did get caught with a fake id. It is clear that over time the penalty has become less and less. In some states as I explain below police no longer even respond to calls of people using fake ids.

Who is buying fake id cards

Part of my research on the topic of getting caught with fake id I polled several fake id makers. They know best what their customer base is comprised of, unlike law enforcement, who scare the public proclaiming they are all dark villains.

The vast majority who posses a fake id card are using it for the purposes to appear of legal drinking age in the USA. In fact Idgod a well known fake id card maker confirmed as did others that statistically 99.9% are those looking to be 21 years of age.

The farce that terrorists are snatching up fake identity cards to become as former president George Bush called “evil doers” is an absolutely incorrect.

Do not worry it is way harder now to get a fake identity at the DMV. Today, you need not only a birth certificate, but a matching social security card (or acceptable proof) and a utility bill. Three items you can buy online in a matter of minutes.

Next time you are at the airport security check waiting to get a nude scan or feeling like a rebel and opt for the feel-up by TSA you can ponder why the licensing process is still a joke at the DMV.

Getting caught with fake id what happens

Where you are caught is a major factor 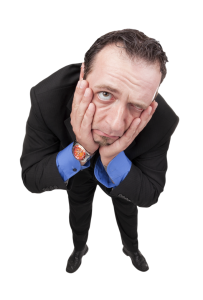 Bars and nightclubs have a reputation to manage and they do not want to be known for calling the police on an underage patron getting caught with fake id to gain entrance.

After all would you go back to a bar that arrested your friend or significant other?

For the sake of argument pretend you are in Los Angeles at a nightclub where the bouncer spots your fake id and confiscates it.

You respond by instructing the bouncer to suck a part of your anatomy. He thinks he will exercise his bouncer powers and calls the police!

Low and behold in LA police do not respond to calls of using a fake id as it is a sanctuary city policy not to.

Even though getting caught with fake id it is still on the books as a felony “wobbler” crime (meaning it will be switched to a misdemeanor) that is the olden days as that law is no longer enforced.

When police are actually summoned 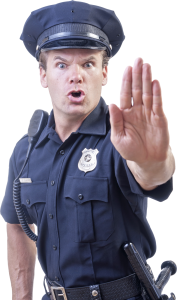 Assuming you stuck around for some odd reason anything from a warning, ticket, or arrest can happen with the latter next to never. Again, let us walk through the worst case scenario of arrest for getting caught with fake id.

Most law abiding citizens tremble at the thought of being arrested for anything. That trembling can be exasperated by officer Jack Mehoff who gets a perverted thrill at telling you incorrectly that life is over.

Do not fret the sun will still rise in the morning and you will be in your own bed when you awake.

When arrested you are loaned pretty silver matching bracelets to wear and a free ride to a free hotel of sorts that is well protected. Next, some nice people want to take a picture of you and get your autograph. Also, depending the time maybe even a free meal.

Possession of a fake id is a non violent crime and considered the pettiest of crimes right up there with jaywalking. Factor in the fake id card was used for bar entrance or it is your first offense and jail time is not in the cards (no pun intended).

It is an almost certainty you will not even have to change into those comfy orange pajamas reserved for those staying for an extended period at the resort.

You will be booked and immediately released on your own recognizance. For just this one offense it would be a misdemeanor.

Yes, some states you could be charged with a felony for getting caught with fake id, but I can promise you no way would that stand. The charge would be reduced from a felony to a misdemeanor upon arrival to get you out the door and make room for more important guests.

Using a fake id card to get into 21 and over establishments is nothing to fear. In reality the consequences of being caught using a fake id with police involvement are trivial at best.

Please do check out my tips on how to spot a fake id and learn what tactics nightclub security use to find underage patrons using a fake id and how to foil them.