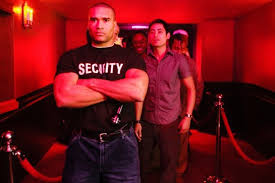 Underground-Review is the first (started in 2002) reviewer of the best fake id websites.

Started at the time by a college student who was scammed trying to buy a fake id off the internet.

Underground-Review was born out of frustration from my experience of being defrauded by three “fake id makers”. Not until the fourth  fake id website I sent my money to and countless hours of research did I actually receive a fake id as promised.

This enraged me to think of the length scum will go to in stealing ones money.  I figured someone had to do something to warn others and nobody was doing it. Since my major was in the IT field I decided it was going to be me!

I will never forget the planned trip to Las Vegas was a bust because the first two sites ran off with my money. After the third fake id website ripped me as well I almost gave up.

Next, I decided to give it one more try and spent days researching online. One hard part at the time was deciphering what was real or fake on message board reviews. Keep in mind this was before twitter and Facebook. Yes, you heard me right I was reviewing fake id sites before Zuckerberg stole his friends idea and made Facebook.

Another issue was you could not tell which fake id makers website was real or fake. After a bit of time I came to spot them with 99% accuracy. Most people do not have the time to spend months researching a sites validity and this fact keeps scammers scamming.

I implore you to read my How To Get A Fake ID guide where I detail the ways I use to check out a fake id maker website for legitimacy.

For those who are actually reading this you are a different breed. Yes, you truly are as 99.9% will not take the time! When you have purchased a fake id from one of the fake id card makers I have reviewed please send me just a quick email about it.

Makes it worth it to hear from anyone out there that my review website helped them.